With sadness we have received the information that the well-known international broadcaster and a good friend to EDXC and many individual DXers, Mr. Frans Vossen from Brussels, Belgium passed away on 6th of April 2016 at the age of 74. He is missed by his wife Marie Gertrude Losami and three sons.

Frans was born in eastern Belgium and Flemish was his mother language. In the 60’s and 70’s he lived many years in Zaire, the former Belgian Congo where he also met with Gertrude. He worked there as a teacher and there he also discovered shortwave radio to receive quick and reliable information. He used in one of his presentations the expression “Shortwave radio opened a new world to me”. His knowledge of languages was vast. In addition to Flemish, French and Lingala (home language) he spoke excellent English and German, and when he returned to Brussels he started his work at the international service of Belgian Radio working in the English section.

Frans Vossen visited many EDXC meetings as well as several other radio gatherings and conferences during his career. For us in Finland he was introduced in the Espoo EDXC meeting 1987 and ever since that he was a close friend to myself. We met in many meetings and also did some travelling together. He was the only western journalist to attend the first and the last DX meeting of the Soviet Union held in December 1990 in Leningrad. He also attended several SWL Fests in the United States and we had the pleasure of having him twice as the special guest star of the FDXA summer meeting in Finland. Of his trips he always compiled interesting and informative programs presented at “Brussels Calling” or the DX show “Radio World”.

Everybody who has met Frans remembers his great mustaches. Even in 2011 when I visited Gertrude’s and Frans’ home in Strombeek, Brussels the mustaches were still there, a bit greyer though than earlier. In 2002 we visited Tallinn right after the EDXC meeting in Pori, Finland, and in Tallinn Frans had a bad accident. He broke his knee badly and that caused a permanent problem to his mobility. And mentally the early retirement more than 10 years ago, because Radio Vlaanderen International decided to cease its shortwave service, was a bad thing, too. In 2011 we looked at the Atomium from their window and spent a memorable evening remembering the old times. His health was already then clearly weaker, but his great sense of humor was still there.

I shared many meetings and travels with Frans and I always appreciated his vast knowledge and his professional work as journalist and his impact to the shortwave radio. Rest in Peace my friend. 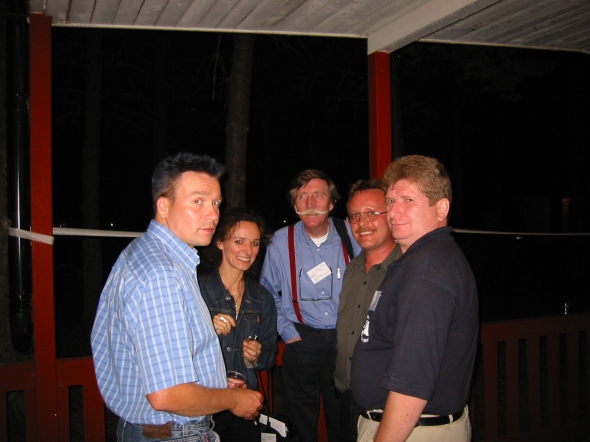 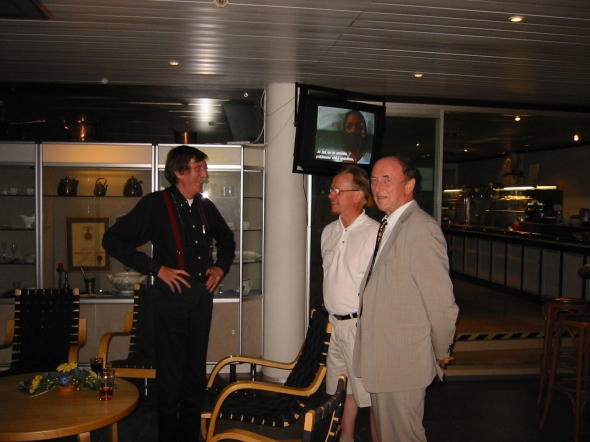