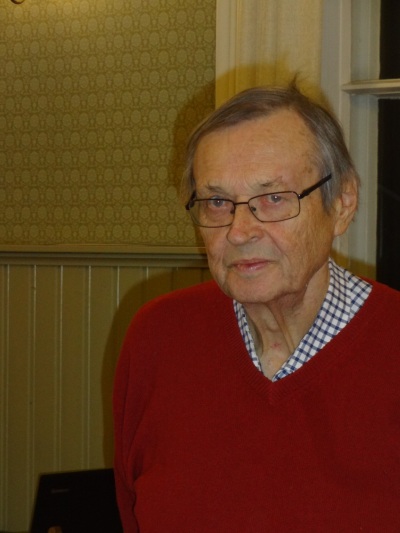 Longtime DXer Tor-Henrik Ekblom died on 27 May 2020. He was 83. Torre started the hobby in 1952 in Helsinki and was one the founders of the first small DX club in Finland. He lived and worked over 40 years abroad employed first by Finnair and later by The Finnish Tourist Bureau and stationed e.g. in Copenhagen, Schiphol and Stockholm. In the 1960s he lived in Copenhagen and created strong friendship with the Danish Short Wave Club International. He was one of the voices in their popular DX-Window transmitted via Radio Denmark on shortwave. He also worked for decades as an editor of the World Radio TV Handbook.

Torre was one of the backbones of the European DX Council. He attended the founding meeting in Copenhagen 1967 and later several other EDXC meetings. His numerous contacts were helpful e.g. when organising  the EDXC meetings in Finland. In 2007-2009 he was the assisting secretary general of the EDXC helping his good friend secretary general Tibor Szilagyi.

After retirement Torre and his wife Sinikka returned to Helsinki, Finland. During the years they had always spent their summer vacations at their summer cottage in Finland. That was of course a good place for the DX hobby, too.

Torre was an active and appreciated member in many DX clubs and organisations in several countries. Truly an international fellow. We will remember his always positive attitude and great sense of humour.

Rest in peace, my friend.